Had a good nights sleep following being awake for 24 hours and our guide picked us up at 11. BTW I couldn’t recommend using a travel agent more. David Biltek from The Art of Travel did all the organizing for this and he is wonderful.  We went to Tienanmen Square last night but there s a ‘state of the union type of thing going around and there are thousands of people in parliament so Tienanmen Sq was blocked off. We tied joining a queue for something and I asked aloud if anyone spoke English but later I figured that queue was for an underground station.

The pics of the baby Lemurs were because we saw two girls in street just playing with them. and they were more than happy to share them with us. I thought they were expecting money for that but they weren’t. Of course my lemur happened to pee on my jacket!

We then went for some dinner. ordering Beer for Pat and a delicious watermelon drink for me was easy but there were some sinanagans trying to get knife and fork for pat and the shrimp meal we got was WAY too spicy.

We spent the day wandering around the North District of Beijing which is a decommissioned military factory and now the arty area.
Since 2002 the Chairman. (I lose track of the various chairmen) raised the awareness of Feng Shui to be a science and taught in the university.  Everything is in pairs because blessings come in two.  As we travel along the city all the towers are pairs.  and the five elements are
Water, fire, wood earth and gold. Our guide (Duke ) was explaining the philosophy and I told him about my bathroom was in the North east of the house and he quickly agreed with Fiona (my sister ) who told me that that would just flush all my money away … It still does.

I’m trying to learn phrases but when I said thank you to someone (Xie Xie pronounced see see). he replied ‘See you’. so I think my prounanciation is a bit off. I’ve also decided that when Duke says Ya Ya Ya it means I haven’t a clue what you said. A bt like when Pat says Uh Huh.. that means I’m not listening to a word you’re saying .

I’ve put in the menu that we had to decide from. It was a small cheap restaurant so very little English but more fun involved acting things out!
Picture of the eggs this morning. 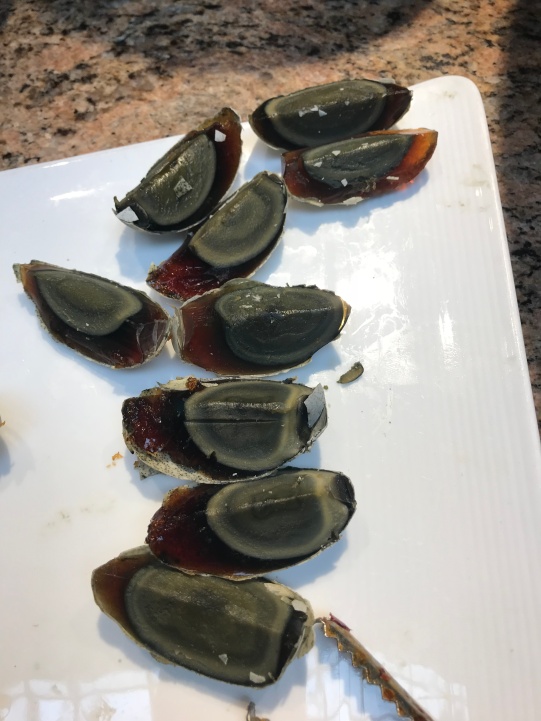 but in fact hotel is Novotel which has all sorts of food.

Pat has a bit of the skits so not standing down wind of him at the moment.

Tonight we’re off to the food market.  there are things like live scorpions to eat. Bob says that I should be bringing a slug slicer with me as they sometimes don’t filet the slugs properly!
Tomorrow off to the forbidden city have Peking duck and watch real kung FU (Maybe catch a Bruce Lee look alike )
)

12 thoughts on “China and Tibet”