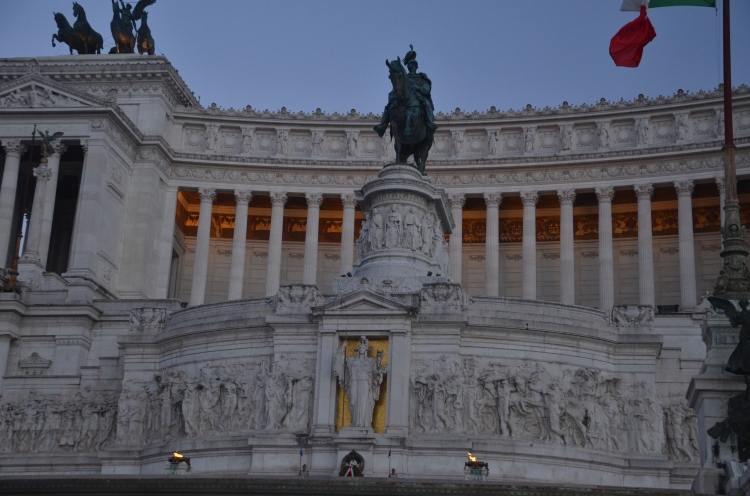 With the exception of Leslie and Reinhard who are arriving later in the week, we all met at the airport and of course did the obligatory selfie.    The apartment is big and beautiful and right beside the Coliseum.    We spent the first day strolling around and with the exception off losing Tom and Paula for a couple of hours  (they went back to the apartment while we searched around the Victor Emmanuel Monument, otherwise known as the wedding cake for rather obvious reasons) it was fairly uneventful start.  Tom is busy photobombing every time he sees a camera.  I never thought I’d meet someone more upstaging than me.

We stopped by the Pantheon and joined a tour there .  I would highly recommend that .  Its the largest Dome in the World.  Built 27  BC but when I remarked on how amazing it was that they had all that engineering and the ability to transfer those enormous columns of stone from Egypt to Rome the guide rather dismissively said ‘they were just copying from the Greeks and the Egyptians before them’  The guide was not Italian.

We strolled up the Castel Sant Angelo and up to St Peter’s square ‘smelling the Rose’s’ as Pat puts it meaning just looking around.  Down by Spanish steps and Trevi fountain to be revisited at night time as well.   There is a very heavy police and army presence. Although not  invasive, it is noticeable…. Sad but necessary. 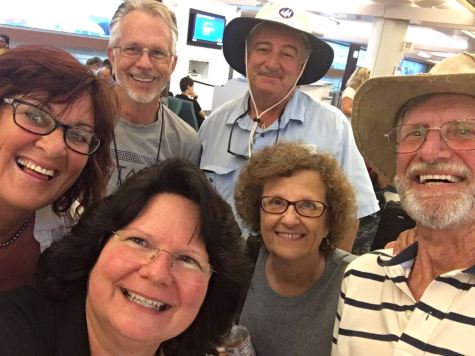 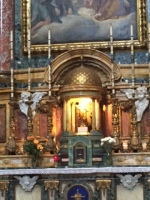 Yesterday we covered the Roman forum, Palatine hill and the Coliseum.  An exhausting tour.  Shouldn’t be missed but sore feet and backs at the end off it.

Last night we found a beautiful local restaurant off the beaten path and finished off with a seeing the Trevi fountain by night .  Very beautiful. 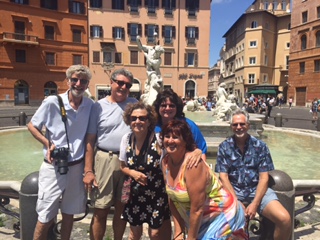 2 thoughts on “Well we’re off on our travels again and this time it’s to Italy first stop Rome.”