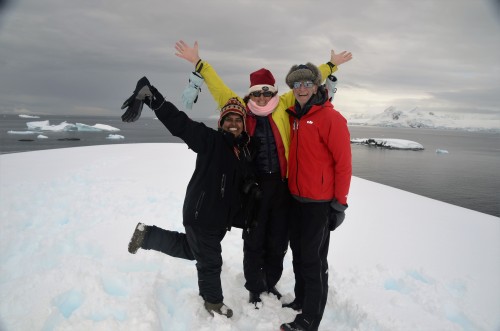 Priscilla who is a Radio Presenter and known throughout Malaysia, provided the background music to add ambiance when we sailed through the ice and at night when we were relaxing after all the exertions and then again at night when anyone was partying.  She had no sailing experience but ever so quietly and graciously got sick in her little bowl without complaining.  At one stage when Charlie was warning everyone that the boat was about to tack and would lean on the opposite side, Priscilla thought that the boat was about to attack.  She wondered what we were going to attack but then went back to sleep.

Flossie?  well she didn’t say much but she was great on the barbecue. Salted naturally by the sea. 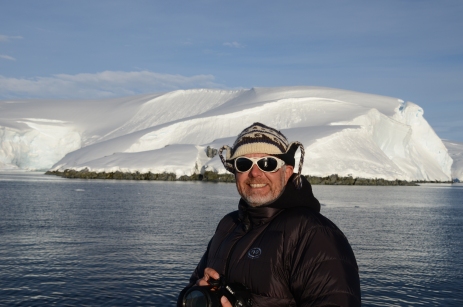 Chris’s first job was a trapeze artist, then on to be a diving instructor and now was a paramedic.  He brought the hrydophone on board and we would sit some evenings and listen to the leopard seals calling to each other. We did however mix up the sound of the pump of running water for a strange creature we couldn’t identify.  When called upon to charm the girls of the British Base to get us on early in the morning he impressed us all and would come out with great  one liners.  Otherwise he was happiest on deck helping Henck. 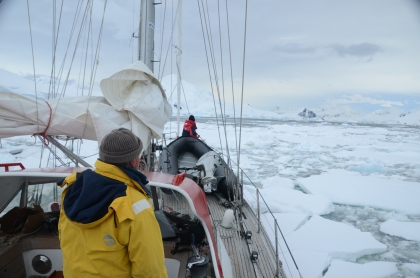 Henck was so revered by us all we all thought that the rain and snow just landed around him.  He never wore gloves.  The one photograph and image we all missed was the time  he was pushing the dingy off the shore and a rogue wave completely covered him up    to the neck.  But the cigarillo stayed in his mouth.  You’d see that in a Clint Eastwood film and just think YEA!!  He’s also one of the best read persons I’ve ever met, multi lingual and learned his English from the BBC.  HE spoke perfect received pronouncation.

One thought on “The Characters and some more pics”