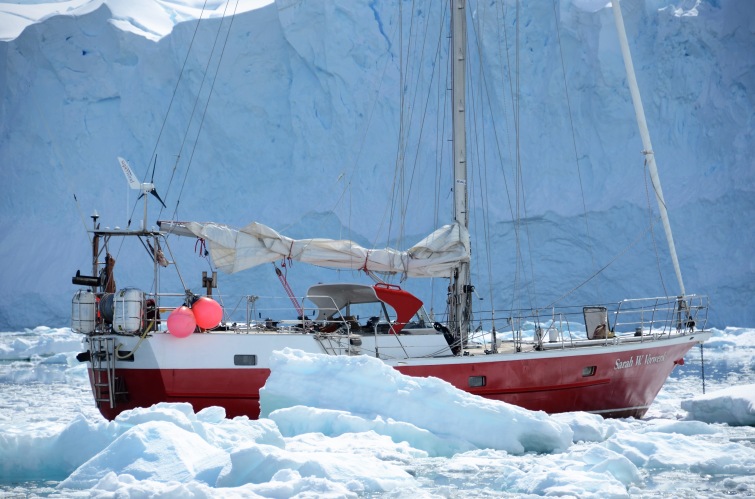 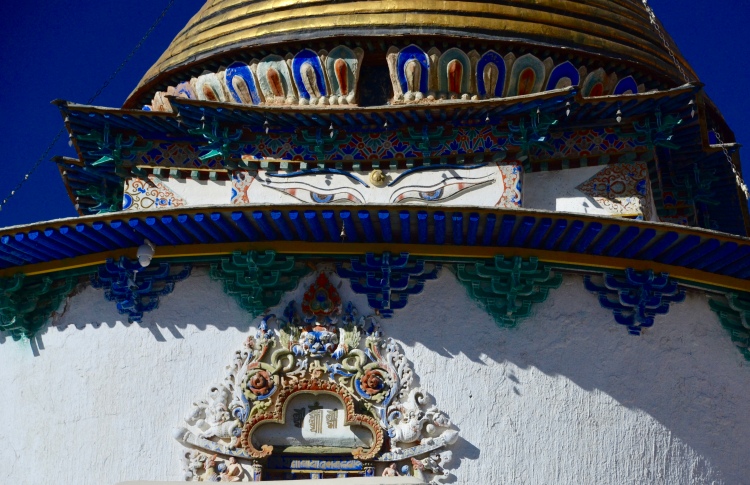 We are on our last night in Tibet and although sad to finish it I must be candid. I am looking forward to the luxury of home.  Tibet is not for the faint hearted.  The dilemmas start early morning when it as been -11°C about 20°F and you’re deciding whether to wear one or two pairs of trousers (Pants for the Americans). This has a knock on effect when using the rest room (not really the right word to use for the facilities in Tibet).
Then there is also the problem of your breakfast.  The food is not wonderful and the only thing I liked in the morning was beans on toast which is not so good when your going on an 8 hour drive.   The driver offered me some Yak cheese.  Its dried. You keep it in your mouth.   My advice to you is to say NO to the cheese and butter and butter tea.
All moaning aside I must admit we had a wonderful time and we both leave with a lot of mixed emotions about Buddhism, the politics of China and Tibet and we’re both so glad we made the trip.
We drove eight hours to Gyantse, passing nomadic tribes, stunning mountain scenery, the Galoohing monastry and up to a stunning high altitude turquoise lake where of course I had to have my photo taken on a yak. 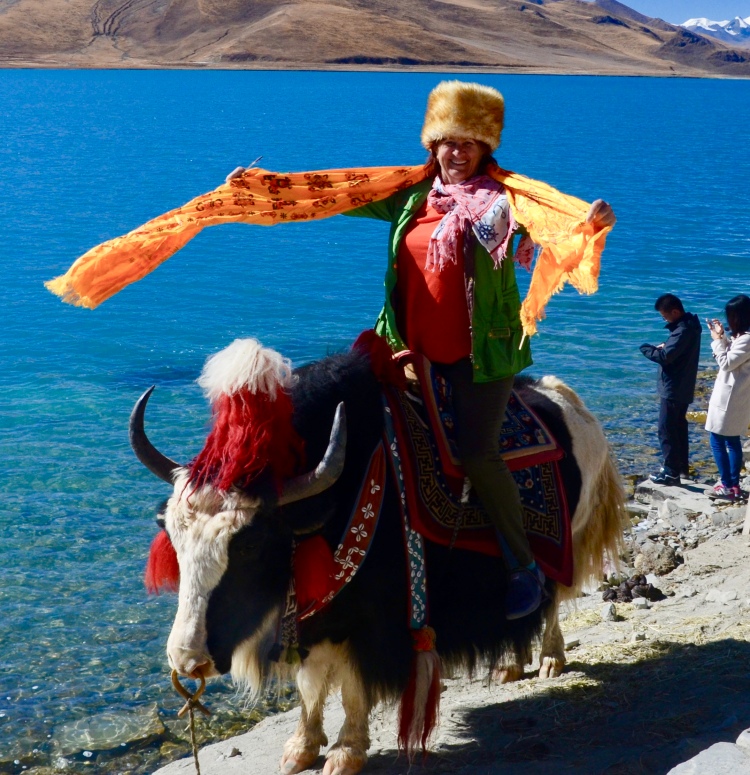 On the way up there every now and then we saw pilgrims walking with their prayer wheels coming from the secret Mountain which is considered a sacred pilgrim by both Hindi and Buddhists alike.

We stopped at a stuppa which was 5998 meters above sea level.  ( thats about 20,000 feet). The first thing I saw was a man sucking on his oxygen can.  I was glad I’d taken my tablets that morning but I have to say it is a really weird feeling as you breath so deeply and quickly.  A lot of people leave white silk scarves… Forget that ….Pat and I just got our photo taken instead.
The following day we drove to Shigatse to see the Tashilhunpo Monastry.  It was beautiful because it was peaceful and there were less and less tourists.  More pilgrims.  Just at the end of the tour  we realized we were too late to see the special chapel but I was pretty OK with that. We had seen the 26 metre high future Buddha.  During the cultural revolution the Chinese occupied this monastery but fortunately they did not destroy it. Just imagine an enormous gold Buddha looking down on you.   Very impressive.
As we were leaving I heard the beautiful horn calling the Monks for prayer and lunch.  Well wadayaknow, the next thing a young Monk (not more than 14 years of age) hurried by with his yellow coat and yellow hat.  Our guide said ‘quick lets go back to the hall and maybe we’ll get a few pictures of the monks returning’. It was terrific I stood and watched and then took photos and then watched them fooling around with each other (they were mostly teenagers) and then took more photos.  Then they all started going into the hall and the pilgrims started following them.  It seemed that we could also go in.  There they were chanting away and as we walked around we got into the special chapel. We stood and watched them and one of the monks kept laughing and looking over at Pat and I.   We both felt blessed to get this chance to watch this.  I know our guide was over the moon.
We had another long drive the following day to Samye Monastery.  This is the ‘first monastery.’  The Chinese destroyed the second and third floor of this monastery in the cultural revolution  but it has been rebuilt.  I thought it was a bit of a cheek that the police station was right beside it and blazoned on the front was Chairman Mao and the other presidents.   It does seem that Tibet is prospering under China and the Tibetans are rebuilding these monasteries however they require permits to do so.  When we were going into the Dahkong Temple , as tourists we did not need to supply ID but the Tibetans had to and we saw two Tibetans who, no doubt traveled quite a way to worship there been turned away.   I see a lot of new roads and schools and its difficult to understand just how strong an influence religion has on the Tibetans
. 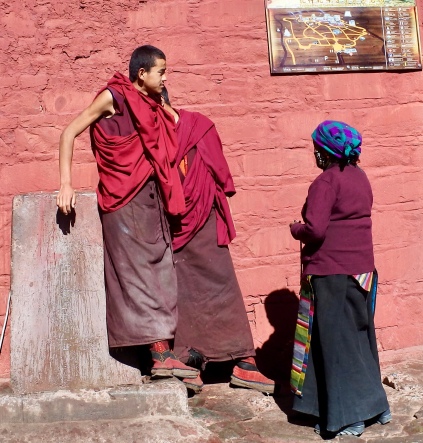 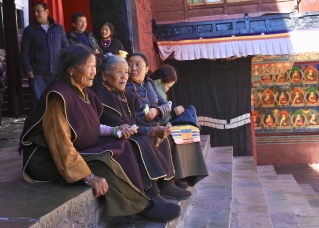 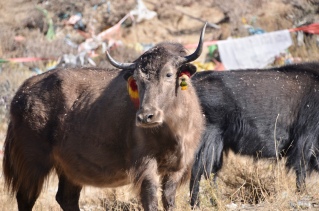 Anyway, a cute moment on the roof of the ‘First monastery was when Pat and I were getting a photo taken a pilgrim wanted in it and then his grandchild, then the children clearly wanted in it so the father came in and brought them into it.  It was the cutest thing and typical of the warmth in Tibet…..making up for the cold weather.
Off to a monastery now.

6 thoughts on “Final days in Tibet.”